Coillte is a commercial forestry company, owned by the State, that manages approximately 7% of the country’s land. Coillte operate three strong business from this land – their core forestry business, a wood panels manufacturing business MEDITE SMARTPLY and a land solutions business. Coillte manage assets with a value of €1.5 billion and in the financial year 31 December 2016, it generated EBITDA of €98.3 million. Coillte’s vision is to be the best forestry and land solutions company in Europe. To find out more visit www.coillte.ie.

The organisation faced challenges beyond those of the normal financial, HR and ERP-type applications. One of these was the scope of Coillte’s business due to the dispersed nature of the organisation’s inventory; forests, and its people. To manage this country-wide activity in a connected way, Coillte required a reliable infrastructure with high levels of availability, and hoped to improve service reliability by simplifying delivery, reducing dependency on small numbers of key people, and to reduce ongoing delivery costs and future capital costs.

Coillte felt that outsourcing to the right organisation would enable them to focus on core business needs, and also allow them to take advantage of the correct ‘as-a-service’ and cloud opportunities as they emerged. After a preliminary engagement, Coillte identified four areas: data centre hosting and disaster recovery facilities, help desk for level one and level two support, application support and infrastructure management.

After a comprehensive tender process, Coillte chose Digital Planet as its outsourcing partner, as they had demonstrated a strong understanding of Coillte’s issues. The decision was based on Digital Planet’s track record, capability, cost and, probably most importantly, the ‘business and cultural fit’.

Coillte opted for a private cloud model with a full range of Managed Services, service desk and application support. This is primarily what Digital Planet has delivered over the past six years, having become experts in the area of data migration, private and managed cloud delivery.

The original infrastructure in NTMK comprised of ~250 virtual machines running on 12 hosts across four vSphere Clusters (Production, Oracle, Test/Dev and Citrix). Coillte branch offices connected back to NTMK via a Vodafone MPLS circuit and this connectivity needed to remain live during the migration phase. Coillte also had a number of workloads running on physical servers – some were identified as viable virtualisation candidates and others were specified to remain as physical servers. These physical servers required a ‘lift and shift’ to Digital Planet data centres – but with mitigations in place to avoid excessive risk to application availability.

This 340-day project migrated the entire data centre (200 servers) and DR equipment from Coillte’s head office in Newtownmountkennedy to Digital Planet data centres, using Veeam to synchronize the systems and file shares in order to minimize the downtime per system.

The team prepared the customer network and systems for migration through a number of prerequisite activities, such as LAN segregation, which moved client devices and peripherals to a separate VLAN and re-ip of dev/test servers.

Once the dev/test migration was signed off, the team planned and deployed the production and then re-purposed the original hypervisor hosts from NTMK and redeploy into the data centre as compute resources for Test/Dev and Disaster Recovery.

The initial transition of Coillte’s help desk was followed by data centre migration, a transfer completed with minimal business disruption, which had exceeded expectations and was largely unnoticed by Coillte’s business customers. The key to Digital Planet’s success was to ensure that the service was equal to or better than what customers experienced prior to the project.

And while the team worked to ISO service delivery and security standards, companies such as Coillte have their own internal exacting standards that had to be taken into consideration, and to fully comply with when on-boarding to the private cloud platforms. So Digital Planet’s main success was that the end-user did not experience disruption to their daily activities: business as usual pre-, during and post-migration. The positive engagement with Digital Planet has resulted in Coillte looking at a services model for other ICT functions, including communications and network management.

It is important to me as a service provider that Coillte’s outsource partner has the same delivery and customer ethos as we do. We found Digital Planet demonstrated a strong understanding of our issues and held many values which are consistent with our own. At the end of the day I felt I could lift the phone and talk to Brian Larkin and his team and feel like my issues and needs mattered to them.

If you would like to know more about Storage Migration and Backup, talk to us today. 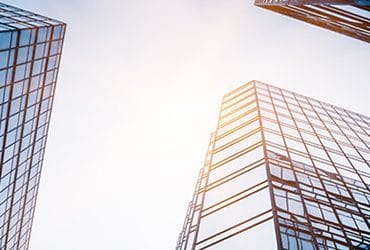 Case Study: McDowell Purcell Solicitors – Online Disaster Recovery & Backup
Cloud Case Studies by Digital Planet
When keeping sensitive data secure is paramount to your company, the unification of a seamless Backup and DR solution becomes the no.1 priority. Read about how Digital Planet implemented this solution for McDowell Purcell Solicitors. Challenge  Expansion of the business directly corresponded with the increase of data which was quickly out-growing traditional tape backup solutions. It also became apparent by McDowell Purcell that an offsite copy of the data was required, effectively [...] 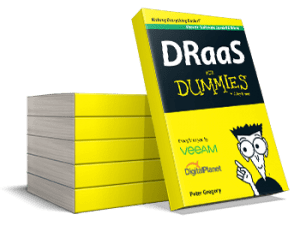